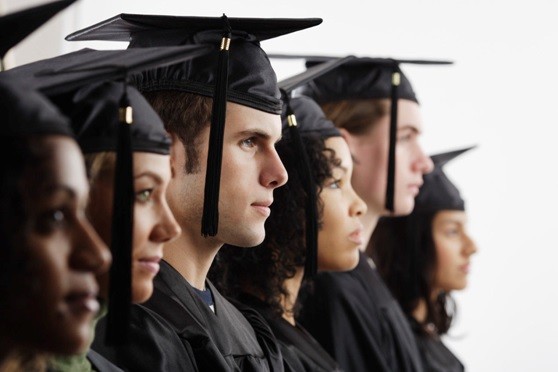 Want to know how your life will look like in the next 5 years?

You don’t have to consult a fortune teller or study your horoscope to know that.

Just take a look at the 5 friends that you spend most of your time with when you are at school.

Guess what! Your health, level of happiness, income, grades and even what you wear is going to be exactly like the 5 people that you spend most of your time with.

Pick the wrong kind of friends, you are setting yourself up for a major failure.

Pick the right ones, it can provide you with a life never imagined possible.

3 years ago, I have managed to turn my life around, from a depressed and lost person to speaking in front of thousands, just by changing the people that I spend most of my time with.

I did not believe that it will change my life at first. All I can say now is, it was the best decision I have ever made in my entire life!

Here are the 3 types of people that you should absolutely avoid.

You have seen them. They only appear when exams are around the corner because that is the perfect time when they need your help!

Don’t get me wrong, I’m all about helping and serving others. But whenever somebody just pretends to be really nice and constantly take……take and take more from you, you’ve got to be careful.

I’m talking about those times when you turn around and ask for a simple lunch with them during the holidays.

All of a sudden they are always “too busy” to meet you. What a coincidence!

Oh. They are also going to talk badly about you behind your back.

Put it straight forward, it is because they don’t need you anymore. That’s the harsh truth.

Here is the bad news.

There are tons of people, who no matter how much you have helped, they will not give a heck care about giving anything back to you when it is your turn to ask for help. The good news is there are other people who deserve your help and attention much more than these leeches who suck your blood dry.

Those are the people who appreciate and remember every single time that you have helped them.

They are the ones who will buy you coffee or will go all lengths to hang out with you unconditionally.

They are the ones you should spend more time with.

It is better to devote your precious time with people who appreciate you rather than trying to impress people who forever can’t be impressed.

Of course, it will attract you some haters.

But I think that your happiness is more important than trying so hard to obtain raving fans. To these people, every day is like the end of the world for some reason.

They are going to be the first to tell you how boring the lecturer was, how annoying his/her partner is (as if it is your problem!) or how much of a crappy day it is today.

And guess what, the mental garbage he/she throws at you will also become your garbage.

So if you are with them the whole day, you can wake up feeling at the top of the world and go home at night feeling like a completely useless person.

If you want to become miserable for the rest of your life, you can continue chilling out with the complainers. Sooner or later, you will become a world-class complainer.

If your dreams matter to you more than anything in the world, do yourself a favour and hang out with people who see the positive in everything.

I’m talking about people who despite getting an “F” in the exam, they will tell you that it is a blessing in disguise.

They are the people who will pick you up when life slams you down onto the pavement.

They are the people who will tell you that despite all the crap that you are going through in university, everything will be fine and that you will come out a better person.

They are the kind of people who you know is a WhatsApp or call away during your worst times.

If you find a friend like that, cling onto him or her and never let that person go.

They are your life angels. These type of people behave just like human resource executives.

Yes, like the ones that you see in the interview rooms.

You have to meet a certain criteria to be “accepted” as their friend.

If you don’t have straight A’s just like him/her, guess what, you aren’t their friend anymore.

If you haven’t won any awards at school, you aren’t going to be part of their exclusive award-winning group.

If you are fat, slim, ugly, straight, gay or too good looking, heck no are they going to be friends with you! In other words, they aren’t going to accept you for your flaws and imperfections.

They aren’t going to accept you because you are DIFFERENT.

Which also means that they are in fact a bunch of insecure people who appears to be hyper confident on the outside.

Before I started speaking to youth groups, I was hanging out with a group of friends whose lifestyle is all about enjoying life and having fun.

To them, hard work is something that is extremely not cool. They would constantly complain about how unfair life is, how their teacher sucks and how their parents are so annoying for constantly telling them to study. Their life priorities are all about looking good and being cool to attract the perfect life partner.

And yet they still pity themselves and complain about why they aren’t successful, rich and famous.

I mean, wasn’t the reason obvious!?

So, in order for me to fit in to them, I had to dress and think like them even though I hated the way I look.

I would also have to also complain about my parents, teacher and my life even though I have nothing bad to say about it. I would also have to act cool (because I’m not cool to begin with) to avoid being the outcast. I had to fit their so-called criteria to be part of their group. Deep down inside, I knew that I had to work on my dreams.

So it came one day where I plucked up the courage and posted something on Facebook.

I announced that I will be giving a speech in Toastmasters. I also pointed out that I was working hard to prepare to get into university.

You can imagine what happened the next day.

Yes, I lost all of my friends. I became the hot topic in their conversations. I thought that the world came to an end.

But it later turned out to be a blessing in disguise.

If you have friends just like that, don’t take it personally.

The truth is, it is not your fault that you are not accepted by them. It is just because they most likely hate themselves. So they have to hate others to provide themselves with a false sense of confidence.

Only people who hate themselves or have low self-esteems will behave in that manner. They will not accept others who are different from them.

On the other hand, there are tons of people who are liberal and open-minded enough who deserve your time and energy.

They will talk to you as if they have known you forever and won’t hesitate to make friends with you.

In that case, you will also not have to pretend to be somebody you are not. These are the people that you should spend your time with.

By now, you probably would have realized that university life is not about impressing everybody but more about devoting time to those that deserve your attention.

Face it, university life is not a popularity contest.

Our happiness is not determined by the amount of friends we have. It’s the quality of the friends that you have that matters most at the end of the day.

It is better to have 3 to 4 friends that are supportive, encouraging and inspiring than to have 10,000 friends who are negative, insecure and sometimes really mean.

Life is too short to immerse yourself in so much toxic.

If you really want to become massively successful and happy in the next 5 years, you have to do whatever it takes to remove these toxic people from your life. Yes, it will be hard at first and you will get haters.

But if I were given the chance to go back in time, I would have made the same decision: Associate with people who constantly support, encourage and inspire me to pursue my dreams and eliminate those who don’t.

It is a decision that I will never ever regret.

And I am sure that it will be same for you too.