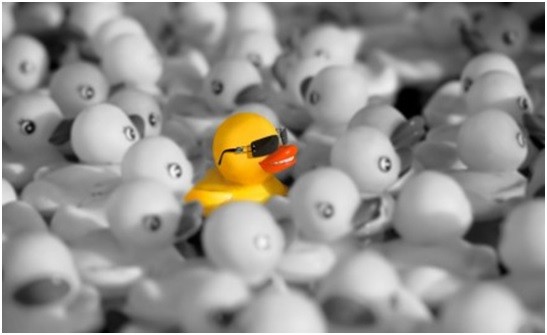 You’ve tried to ask your project group mates out for lunch.

You’ve even tried talking to a random stranger, hoping that they’ll be your new best friend.

You’ve done all of that and everybody ended up going back to their own clique!

You thought to yourself, “maybe I’m just too weird, abnormal or boring for anybody to want to hang out with me.” Sounds familiar?

Why do we get so upset when nobody wants to hang out with us? Why do we feel so depressed when we have no real friends in university but only HI-BYE friends? Why do we even get so jealous of the popular people in school?

Don’t get me wrong. I’m not saying that having friends isn’t important. In fact, if you have more connections, you are more likely to get ahead. But there’s a huge difference between having good connections and being the popular one in school.

Trust me, I’ve been an outcast since the tender age of 6 and bullied almost everyday. But I have managed to work my way to find a group that I finally can fit in (even if it took me more than 10 grueling and lonely years).

And it’s completely alright if it seemed that nobody wants to hang out with you in university. Here’s why:

1. All world-class performers have been an outcast and outright weirdo Take at look at these names: Donald Trump, Steve Jobs, Mark Zuckerberg, Bill Gates. What do they have in common?

You’ve probablty guessed it: Massive success and tons of money.

But what a lot of people don’t know is that these are the same people who can’t fit in to their peers and cliques when they were your age.

When Mark Zuckerberg was in college, he was not only a brilliant hacker, he was also a social outcast. But he did not resign himself to being a social leper or organize a pity party for himself. Instead, he leveraged on the rejections and used the motivation to build his own business empire. In short, if he wasn’t an outcast, there would be no Facebook!

Steve Jobs paid his dues for becoming world-class when he personified Apple’s legendary ‘90s campaign Think Different. He knew that being different will bring him to world-class status.

Some of the greatest human beings that walked the surface of this earth are often misunderstood and have been an outcast.

They get called “weirdo” and “not cool”. They have very little friends because they were just so driven to the point that it is abnormal. As a result, they were also hated by a lot of people! (just for being different)

But do you think they were even concerned about changing themselves just so that they can fit in and try to be the cool kid back then? Of course not. If they did, there won’t be no Facebook or a Macbook on your desk.

But this doesn’t mean that you should go around and piss off everybody around you. What I’m saying is that you should never care too much about whether people like you or not.

Because the problem is this: too many of us feel that being an outcast means that we are inferior or that it is some form of weakness, which is why so many of the teenagers and young adults get so depressed nowadays.

They are so busy about caring about what others think of them than what they think of themselves. They never could have thought that being an outcast is actually an admirable trait.

Put it this way. If you are an outcast, it is also a sign that you will become a massive success in the future because it shows that you will be able to handle the loneliness associated with being different and being at the top! You’re aren’t concerned about fitting in to your friends who live the YOLO lifestyle.

Being an outcast allows you to form your individual opinion about the things around you.

Being an outcast allows you to envision things that nobody would have thought possible.

Being an outcast allows you to speak your own mind without being clouded by other peoples’ opinion.

Being an outcast allows you to produce never seen before world-class results and achieve rare air success.

Most importantly, being an outcast makes you a one-of-a-kind. And that is hard to get. 2. No matter how hard you try, you can’t please all your friends You’ve probably changed your hairstyle, changed your fashion sense or wore a branded gear just to please another person at some point in your life.

And then your other friend comes over and tell you how ugly your hair colour is, how your shoes don’t match your shirt or how much of a showoff you are for wearing that (even if you wore it because it was comfortable). In your attempt to fit in, you went and change yourself to make that person happy.

This goes on in a never-ending cycle and you end up becoming a people pleaser. Why do we care so much about the opinions of other people? Isn’t this your life and not theirs?

For most people, the pain of being an outcast is more than the pain of standing up for themselves. They just can’t handle it.

Isn’t your happiness more important than other peoples’ opinion about you?

Because the truth is, no matter how out-of-the-world perfect you are, there is still going to be somebody (i.e. a jerk) who is going to point out the slightest fault in you. In fact, the more successful you become, the more haters you will get.

If you have perfect looks, people are going to criticize the work you do.

If you have perfect grades, people are going to say that you have no life and x-factor.

Even if you decide to sit completely still and do absolutely nothing, people are going to say you are lazy.

So the next time you want to change yourself just to impress others or just to look a little bit more perfect because you don’t like what you see in the mirror, take a look at some of the wealthiest, most good looking, famous, successful, charitable and seemingly flawless people in the world. Reason for so many haters? None.

They are hated because they are just too perfect and some folks just can’t handle it!

My point here is this: Either way you are going to piss off somebody. Then you might as well live the life you want.

Wear the clothes that you are comfortable in. Talk about nerdy topics that most people won’t understand. Cut your hair the way you want it. Date whoever you like (just make sure that they aren’t attached). Life is too short to live for others. Period. 3. Your clique probably isn’t in university Have you ever considered the possibility that the clique that you will eventually fit in to probably lies outside the school campus?

I never thought of it when I first started university but it was an aha moment when I realized that.

Just because you are a university student and in your 20s, doesn’t mean that you should hang out with university students in their 20s. If you take the “student” label off of you, it is amazing what connections you can build out there.

Personally, I love taking risks and doing presentations, something which most of my friends hate. They just wanted a safe and secure job. And presentations? Who enjoys it anyway?!

So I started to hang out with real-life entrepreneurs, public speakers and investors at least once a month. I’ll travel to town just to be with them. This also means that most of my friends are in their 40s and 50s. Because of that, I’m now able to trade profitably in the currency markets, speak regularly in Singapore and Malaysia as well as grow my business, despite not having gotten my business degree yet!

We’ll discuss business ideas, the currency markets, marketing plans and lots of life hacks. Things that my friends won’t talk about. They have very different life goals, most preferring the conservative route. And I’m fine with that.

Do my university friends understand why I’m doing this? Not at all.

Do I feel alone at times and different? You bet.

Am I satisfied with my life now? Yes. It was the best decision I’ve made.

In fact, if I am to go back in time, I won’t change a single thing. To end it off, I’d like to leave you with a quote by one of the independent thinkers I admire: