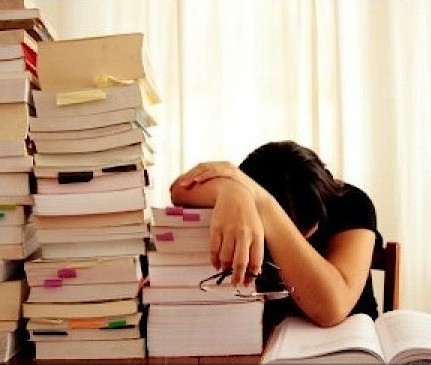 How should you have spent your recess week?

So, my fellow NTU peeps. The recess week is coming to an end. How was it?

Did you spend it mugging for all the mid-terms that the sadistic professors set after the recess week? (I had 2 mid-terms and a 3k word essay due in the first 3 days after recess week of my year 1 sem 1)

Or did you party like a dehydrated cow on the beach?

(I clubbed thrice in one of my recess weeks. I needed it okay. Twas a drought.) Or did you travel to some exotic country in those 9 days?

(I went to HongKong for 3 days during my year 1 sem 1 recess week. Yes, the same week that I had 2 mid-terms and a 3k word essay) Or did you “study” with that one “friend” for the entire week, and suddenly after recess week, IT’S OFFICIAL. -inserts emoji’s smirk-

Or did you meet up with all your old friends? Even though NUS and SMU have different recess weeks and midterms surround these weeks so you probably only met up with other NTU friends. I know the bad feelings that Facebook, Instagram and Twitter can bring to you. And as much as “pictures say a thousand words”, they really are not representative of how fulfilling you friend’s recess week was.

“Omg so many wefies. And I nua-ed my week away. What am I doing with my life luh”

If they had so much fun they wouldn’t have had time to take wefies. That’s that.

“Omg the Instagram has so many photos and look at the number of likes! I don’t even get that many likes.”

The number of likes, do not determine how much fun that person has. In this day of you-double-tapped-my-picture-so-i-should-double-tap-yours, (yes, that looks like a middle finger) letting other people’s likes determine your mood is really pointless. And by the way, it’s your Instagram account, detailing your life and the people and experiences that touched your life.

If you mugged your week away, it’s either “Congrats on your A!” or “Well, it could have been worse”

If you partied your week away, you’ve had your fun. Now it’s time to pay the price. But it was probably worth it eh? ;)

If you slept and slacked your week away, GOOD JOB because now you’re rested for the next half of the semester. A recess week is supposed to be a “break from school” anyway. Don’t feel bad for sleeping. You deserved it.

Don’t regret. Regret is the worse feeling to ever get. It’s like feeling guilty towards your self. Don’t do this to yourself please. Life is already giving you enough shit as it is. You don’t need someone to make it worse.

If you partied so hard that your body clock is now screwed up and your blood is still drowning in alcohol, don’t regret because you are old enough to say no. But you didn’t, so don’t do it again.

If you slept and slacked your week away, and left all the work and studying to the last day. You’re just serving your time now. Just suck it up and move on. Regret will not get you anywhere. Be responsible towards yourself.

“I didn’t want to study. The bell-curve made me study; grades made me study; society made me study.” Stop your whining. You chose your grades to be your priority. It’s your choice, don’t blame society. Yes, money may not bring you true happiness but the lack of money can sure make you sad. You decide where you want to draw the line to having enough money. Contentment, my friend.